The best treks in Nepal – Our top 5

Nepal is famous as being the world’s premier trekking destination. How could it not be when the Nepalese Himalayas boast 8 of the 10 highest mountains in the world!? As there are so many colossus peaks in Nepal, picking a trek can be a real challenge. We spent 3 weeks trekking in the Everest region and have teamed up with local trekking company, Nepalgram, to give you a simplified insight into which trek is the best fit for you. Read on for the best treks in Nepal!

This is one of the most visited and adventurous treks in the Everest region! It takes you on an epic ascension to Everest base camp and follows Gokyo Lake, passing the Cho La Pass at an altitude of 5420m. Although it boasts a high footfall of trekkers, the Cho La Pass is actually far more secluded than other trekking routes, giving you feeling of being lost in nature. You’ll visit Sherpa villages such as Namche, Thame, Khumjung, Phortse and Dhole, leading to Gokyo Lake at 4790m, which is arguably one of the most incredible views on the planet! Stunning, up-close views of mountains such as Everest, Lotse Nuptse and then distant glimpses of Makalu, Ama Dablam, Thamserku, Lhtose, and Nuptse will never leave your memory. The magnificently chiselled Mt. Ama Dablam and horse shoe shaped summit Kangtega are considered to be the most beautiful mountains in the region and you’ll pass by them all on this exhilarating mountain trek.

More spectacular views await you when crossing over Cho La Pass (5420 m), which takes you to another side of the Khumbu valley, in front of the mysterious lakes of Gokyo. This is one of the most eagerly anticipated stopping points on the Cho La pass area of the trek. The lakes you see from the top of Gokyo are in cascade pattern and the mountains resemble a mushroom farm, among other intriguing features. This trek option is adventurous in character and a mixed difficultly of challenge as it includes bold routes such as the Cho La Pass, along with minor trails such as Thukla pass. Alongside the main trekking route, you’ll complete additional acclimatisation hikes or side trips.

Annapurna is the only trekking package that gives you the experience of jungle trekking and the Himalayan mountain scenery, together in one adventure. You’ll hike through a forest paradise of nature before emerging and witnessing breath taking views of the Annapurna Himalaya range. Many people do the Annapurna Base Camp hike starting from Nayapul to Birethati, then Ghandruk and onwards to Annapurna Base Camp, skipping Poonhill. It’s an itinerary for those whose main mission is a base camp trek and are just visiting for a short trip.

For those with a longer vacation that also want to explore the culture and the tradition of Nepal, we suggest an extended version of this itinerary that takes the route through Ghorepani, where you can capture amazing views from the hill top of Poonhill and embrace Nepalese culture along the way. The Poonhill viewpoint gives you a nice view of Dhaulagiri Range and the intimidating Annapurna Himalaya Range, in single picture with more than 100 mountains.  Views of peaks such as Dghaulagiri, Annapurna I, Annapurna South, Huchuli, Machhapuchre, Tharpuchuli and many more named and unnamed ranges can be seen from here. In addition to the epic mountains, this trek has a sightseeing tour of Nepal’s famous cities; Kathmandu and Pokhara, where you’ll find large clusters of local villages and deep jungle terrain on the outskirts.

One of the famous, most visited and restricted trails in Nepal is the Manaslu circuit trek. This epic voyage focuses on the ‘Larke Pass’, which is the longest mountain pass in the world, ascending to the 8th highest mountain on earth, ‘Mt. Manaslu’ at 8163m. It’s nickname ‘killer mountain’ strikes a slightly nervous feeling inside you as you begin the ascend! The trail is a very old route that opens wider as you ascend, leading you into a hidden ‘high-altitude’ world where Hindu and Buddhist monks live together in harmony. This trekking pass is also acting as an age-old and still operational trading route for the people of Samagaun and Samdo. Mules cross Larkey Pass to fetch supplies to the population of the mountain and you’ll pass by them on your way up. As park of the trek, you’ll get to see this living and breathing mountain culture, which is a rewarding milestone on your voyage.

After crossing Larke Pass, the trail leads to the starting point of the Annapurna circuit trek, as mentioned in trek number two above. It then diverts to form a loop that takes you from Arughat to Besi Sahar. You’ll follow the trail at a low altitude of 700m, all the way up to 5165m. Once you ascend higher than 3000 meters; pace is at a much slower 500m (height) per day as the group acclimatises and encounters more challenging terrain. You’ll explore a variety of flora and fauna, super-narrow to vastly wide river valleys, deep gorges, and steep mountain peaks; alongside lush green forests and different species of wild life. The steady change in landscapes and refreshing rivers make acclimatising on this trek significantly easier than other trek routes.

Mustang is a forbidden, off-the-beaten-track kingdom in Nepal that was once been ruled by its king. The people, their life style, traditions and intriguing natural sites on the trail, makes it one of the most enjoyable options for trekkers. You’ll see how the local people live their lives on a daily basis, herding cattle, looking after grazing yaks in the fields and transporting goods with horses and mules. Each site you’ll see along the way is unique to the region and will be unlike anything you’ve experienced!

If you want to explore the life style of people living in upper region of Nepal and are interested in the deserted landscapes rather than just the mighty mountains, this is the perfect destination for trekking in Nepal. It is believed that this region is a good alternative to the more expensive trip to Tibet. The Dalai Lama himself says that this area of Nepal is one of the ‘good reflectors of Tibetan culture and landscapes in Nepal’, eluding to the areas being very similar!

A little background to the Mustang region

Part of the Tibetan Kingdom of Gungthang until 1830’s, Mustang is a historic place and antique cultural destination for westerners. Today you can pay a visit to the four storied former home of the king at Lo – Manthang, where you can marvel at the untouched-by-time feel of the whole building and surrounding village. Lo Manthang is also very close to the Chinese border, and you’ll get to appreciate this Tibetan corner of paradise where the two countries meet.

The royal leadership has since ended after the king’s son chose to open a hotel business rather than become the rightful heir to the throne. The alternative king has since taken rule, but today he doesn’t have power ruling power over the people in the region. Nevertheless, the people still love and respect him and you’ll experience this passion on arrival in the village. In addition to learning about the king and wandering the palace grounds, trekkers can check out the many monasteries and Gombas (Buddhist temples) on the trail, including Gomba Thungsen, which was built in the 15th century and is regarded as one of the oldest in the region.

Poon Hill trekking is regarded as one Nepal trekking classics, offering some of the most spectacular Himalayan panoramas in a short amount of time. It’s undoubtedly one of the best trek in Nepal. The trail winds through beautiful, dense rhododendron forest, where you’ll discover an eye-opening variety of different trees, flowers and wild animals. The Ghorepani Poon Hill trek also offers you the tempting glimpse of the Mt. Fishtail (6,993m), Annapurna (8,091m) and Dhaulagiri (8,167) ranges as you pass through eye-catching green hills and valleys.

Pristine nature with waterfalls, terraced mountainside farms, enchanting forests and the Himalayan panoramas provides trekkers with the opportunity to observe one of the most surreal panoramas from Poon Hill (3210m), the ultimate ascension on the trek. From here you’ll see a spectacular sunrise view over the Himalayas, rising on the top of the Annapurna Himalaya Range and reflecting off the top of Dhaulagiri Himalaya range.

The villages along the Ghorepani Poon Hill trek are inhabited with the Gurung, Magar and Thakali people. Here you can experience the typical culture and traditions of the locals and be welcomed by their hospitality. A short but epic trek option for those that are only visiting for a short amount of time.

This Nepal trekking guide is a collection of the best treks in Nepal and was written by our friends at Nepalgram, a local trekking company in the region. After spending time trekking with Arun and the gang, we were thrilled for them to share their expertise, to help our readers plan an exhilarating trek to the mesmerising peaks, lakes and forests of Nepal. Find out more about trekking in Nepal on Nepalgram’s website here. 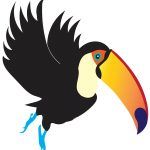 THANKS FOR READING! IF YOU LIKED OUR ARTICLE, SHARE WITH YOUR FRIENDS OR PRINT IT OUT FOR YOUR TRIP. FEEL FREE TO CONTACT US WITH ANY QUESTIONS YOU HAVE…

Nice and informative article. Will help to make a plan for Nepal Trekking. 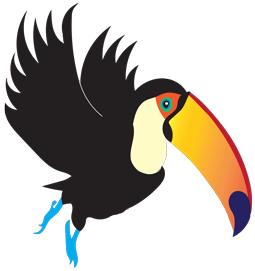 We started World Travel Toucan because we love to travel but also have full time jobs. We travel the world one holiday at a time, sharing our experiences and advice to help you do the same!

Sign up to our emails to receive travel tips, stories and plenty of holiday inspiration! Opt out at any time. 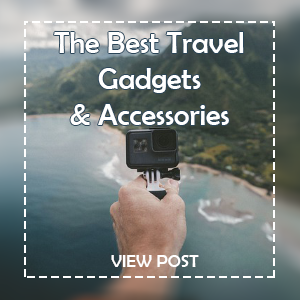